Surgery is becoming ever more sophisticated and complex, and the rise of the super-specialist surgeon complements a modern world in which what we know about the human body is constantly evolving and improving. But the success of surgery is never guaranteed, no matter the skill of the doctor or the seeming straightforwardness of a patient’s case. Complications arise. Some of them are avoidable. That is why risk management is vital.

An interesting tool for risk management in a medical setting looks deceptively simple: a checklist.

The WHO Surgical Safety Checklist

Dr Atul Gawande, renowned surgeon and public health leader details the usefulness of a checklist in his bestselling book The Checklist Manifesto. Tasked by the World Health Organisation to come up with a program to improve the rate of avoidable deaths and harm from surgery, Dr Gawande and his team set out to investigate how checklists could be used in medicine.

The Checklist Manifesto thus tells the story behind the development of the WHO Surgical Safety Checklist and provides a compelling case for using checklists in almost any field.

Checklists are already in use in areas where mistakes could cost lives such as the airline and construction industries. Pilots have an extensive array of checklists that have been developed through countless hours of field testing, and the use of such lists have helped to avert catastrophe in many cases, helping pilots to operate under pressure when, for example, they have to make emergency crash landings.

Healthcare practitioners already make use of a type of checklist when assessing the vital signs recorded by most hospitals (body temperature, pulse, blood pressure and respiratory rate). This is nothing if not a checklist to get a basic picture of how sick a patient is.

With increasing complexity and the vast volume of knowledge now available to healthcare practitioners, knowledge has both saved and burdened us. We now have thousands of medical procedures, each with different risks and requirements. Dr Gawande notes that the greatest difficulties and stresses in medical practice are not just “money or government or the threat of malpractice lawsuits or insurance company hassles – although they all play their role. It is the complexity that science has dropped upon us and the enormous strains we are encountering in making good on its promise.”

How to create and use a checklist

Each section is meant to take one minute or less.

Bad checklists are too long and vague. Good checklists are precise, practical and easy to use, even in dire situations. They do not spell out everything, but provide reminders of the most critical steps only, things that even highly skilled professionals could miss under pressure.

Checklists must be tested in the real world to confirm its practicality in the specific setting in which it is meant to be used. Each checklist can then be tweaked for optimal performance in its given setting.

The WHO’s Surgical Safety Checklist could be used as a starting point, since it has been developed through countless hours of research and testing.

Checklists help to tick off vital steps in a process. But perhaps its true value lies in its ability to create a communicative team out of virtual strangers.

One of the steps in the surgery checklist requires everyone in the operating theatre to stop and introduce themselves by name before surgery begins. This may seem silly or trivial, but this one step has been found to foster teamwork and better group performance. There is also an increased likelihood that any member of the team will raise concerns and offer solutions, especially among the more junior members of the team. Psychology studies back up the fact that people who know each other’s names work together better.

When the performance of nurses was studied at John Hopkins Hospital, it was found that they increased participation, responsibility and willingness to speak up if issues arose – the researchers called it an “activation phenomenon”. Saying something as simple as one’s name at the start of the procedure “activated” each person’s willingness to speak up later if need be.

Therefore checklists can establish a higher standard of baseline performance.

The study at John Hopkins looked at the implementation of a checklist relating to inserting central lines. After implementation, infection rates and death rates decreased, and the hospital saved millions of dollars in costs.

Buy-in is key for implementation

Positive results after implementation of checklists in the aviation, construction and finance sectors are indicative of a checklist’s value. In a medical setting, the results of some studies already indicate that lives could be saved, and that healthcare costs could be cut by implementing simple checklists.

However, despite all of the evidence related to the usefulness of checklists, the uptake has been depressingly slow. Some medical professionals seem offended by the notion that a checklist could help them. One of the problems is the belief that our jobs are too complicated to be reduced to a checklist. But the checklist is not meant to replace expertise and judgment in the moment. It helps to catch us when faulty memory or distraction arise and is an explicit reminder of the minimum necessary steps.

A checklist cannot make someone use it, and therefore buy-in is critical for a checklist’s success. Being forced to use a checklist does not produce the same results as embracing its use with joy: enthusiasm creates the culture of teamwork and discipline that a checklist can help to foster.

Checklists in obstetrics in South Africa

There has been debate around whether the WHO’s Surgical Safety Checklist really affects surgical morbidity and mortality in all hospital settings. While the results from around the world vary, a study conducted in Kwazulu Natal, focused on using a modified checklist to improve maternal outcomes in caesarean deliveries provides promising results.

At the time the study was done, Kwazulu Natal had the highest rate of caesarean deliveries (in the public sector) in South Africa. After implementation of the checklist, it was recorded that postoperative sepsis and unscheduled return to the operating theatre were significantly improved. There were also greater reductions in postoperative deaths in hospitals that were good implementers of the modified checklist.

The study found that factors hindering implementation of the modified checklist included lack of support from upper management and poor teamwork between doctors and nurses (with doctors sometimes arriving in theatre after the anaesthetic had been administered). Good implementation was related to personal motivation of self-appointed “checklist champions” and support from management.

The modified checklist included three pause points that looks something like this:

Before the incision is made but after anaesthetic has been provided, the team members must all introduce themselves. The patient identity and procedure are again confirmed. The surgeon will review whether additional procedures are planned and whether there are concerns about the placental site. The anaesthetist raises any concerns. The nursing staff checks sterility of the instruments and other equipment concerns are raised. The team confirms whether antibiotics, antacids and (if necessary) antiretrovirals have been administered to the patient.

Before the patient leaves the operating room, the nurse confirms that the procedure has been recorded and that the instrument, swab and needle count is correct. Specimens are confirmed and labelled. Blood loss is confirmed to have been recorded. Any equipment concerns raised should be addressed before the next procedure. The baby/babies are correctly identified. The team reviews the key concerns for recovery and decides whether the patient needs further management.

Taking just three minutes could save lives and lead to better outcomes. Every operating theatre would do well to create and use a checklist. 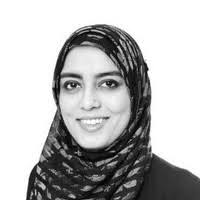