National Health Insurance is the proposed funding model for universal healthcare. Nowhere does the draft deal with the financing of, and financial provision for, and management of medico-legal exposure.

The State has massive exposure to claims running into the billions of Rands in many Provinces. Private health facilities and healthcare practitioners also have their contingencies for medical-malpractice claim exposure, although not at the same level as the State.

Presumably the hope is that once National Health Insurance is fully operational there will be universally properly functioning State healthcare facilities delivering good quality healthcare and the masses of medical malpractice claims against the State will be a thing of the past. And the incidence of claims in the private sector will also be reduced because of the increased use of good quality State facilities.

This is pure speculation because if there is a national detailed plan to deal with medico-legal exposure in State facilities, beyond the platitudes of a commitment to deliver quality care and put the patient first, that has not been communicated, nor, based on the ever-increasing media reports of claims successfully actioned.

Some Provinces are doing better than others in their attempts at dealing with and resolving historical claims. Those are legal responses to existing claims. Not clinical responses to improving patient outcomes and dealing decisively with patient communication, record keeping and informed consent.

Perhaps reliance is being placed on the outcome of the Law Reform Commission’s investigation into medico-legal reform and the recommendations which arise from that. An Issue Paper was published by the Commission last year. A discussion paper is awaited.

If private medical facilities and healthcare practitioners are to have their fees capped, or regulated in any way, will that take into account the (in the case of a number of specialisations not insignificant) Medical Malpractice Insurance premiums required to be paid and the risk exposures to claims of the different areas of specialisation?

In resolving what has been labelled a medico-legal crisis the opportunity does present itself in finalising a National Health Insurance framework to include an appropriate funding model to deal with medico-legal claims.

At the moment the State does not, and cannot because of the Public Finance Management Act apparently, budget separately for medico-legal claims or insure for that exposure. That creates the problem that a health budget for any year is in effect not the health budget in the sense of funds available for the delivery of healthcare because medico-legal settlements and court awards are required to be paid from that budget as well. And anecdotally it seems that because in part of that budgeting anomaly, in decision making structures and authority, is it often easier for an official to await a judgment in a claim to action payment than to be proactive and resolve as soon as possible.

At a State level there is a need and opportunity to focus on and structure financial accountability for medico-legal exposure and claims in a far better way than has been done before. The authority to insure that exposure (the ability to do so is another question including market appetite for massive exposures) is another avenue worth exploring. Any insurer would want the comfort of knowing that they could implement appropriate risk control processes and reward programmes including reduced premiums and /or deductibles in return for appropriate risk reduction and control behaviours. But it is silly not to at least have the ability to engage, collaborate with and capitalise on the skill and expertise of local and international insurers steeped in medical malpractice experience.

National Health Insurance also creates the opportunity of debating whether a no-fault regime for avoidable adverse medical outcomes is desirable and practicable.

A number of jurisdictions around the world have no-fault legislation. Some allow the option of going a no-fault route for a speedy but perhaps limited payment if certain criteria are met, without removing the right as an alternative to litigate with all the issues and costs which come with litigation. In other jurisdictions no-fault resolution is mandatory and the right to litigate is removed.

Some jurisdictions provide for no fault resolution in all types of medical outcomes, others have limited categories.

The states of Florida and Virginia have birth-related neurological compensation legislation financed by a fund contributed to by participating hospitals and doctors who contribute on a sliding scale depending on their participation time period. To be eligible for payment, certain criteria need to be met. That includes the suffering of a birth related neurological injury as defined in the governing legislation.

A universal and national no-fault system would be dependent on political will both at Government level and in the Private sector to drive that innovation, an appropriate financial model and funding and the willingness and ability to deal with the legal challenges, including Constitutional challenges such a system would bring.

In funding and running the model there is a role for medical malpractice insurers to play given their expertise and experience in the field.

Even if not legislated for there may well be a role for a voluntary no-fault system offered by State and Private facilities and practitioners alike. Patients may be given the option of a speedy but limited no fault resolution to an avoidable adverse outcome without the delays, costs and destructive processes of attributing blame, in return for abandoning further legal recourse.

A bolder step, and one which would avoid legal debates about the correctness of giving up the right to resolve a claim in court, would be to provide a no-fault payment on certain criteria without requiring an abandonment of any further rights of recourse. It may well be that in most cases the matter is taken no further.

There are of course many permutations possible for a no fault offering. It may be limited to certain types of medical interventions or outcomes only, or quantum of costs for example.

And there is a significant role for insurers to play in such a voluntary no-fault system in respect of funding, managing, risk control and pro-active interventions.

The reality is that there will always be medico-legal claims despite the best intentions of health practitioners and National Health Insurance needs to take that into account and deal with the management and financing thereof. 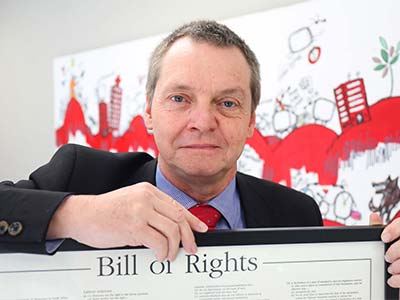